According to official statistics, there are more than 30,000 active occupational licenses for workers in Colorado's legal marijuana economy. From electricians to accountants to security guards, legal marijuana will expand our economy and employ thousands of Rhode Islanders.

Taxing marijuana will raise revenue for important programs and services. 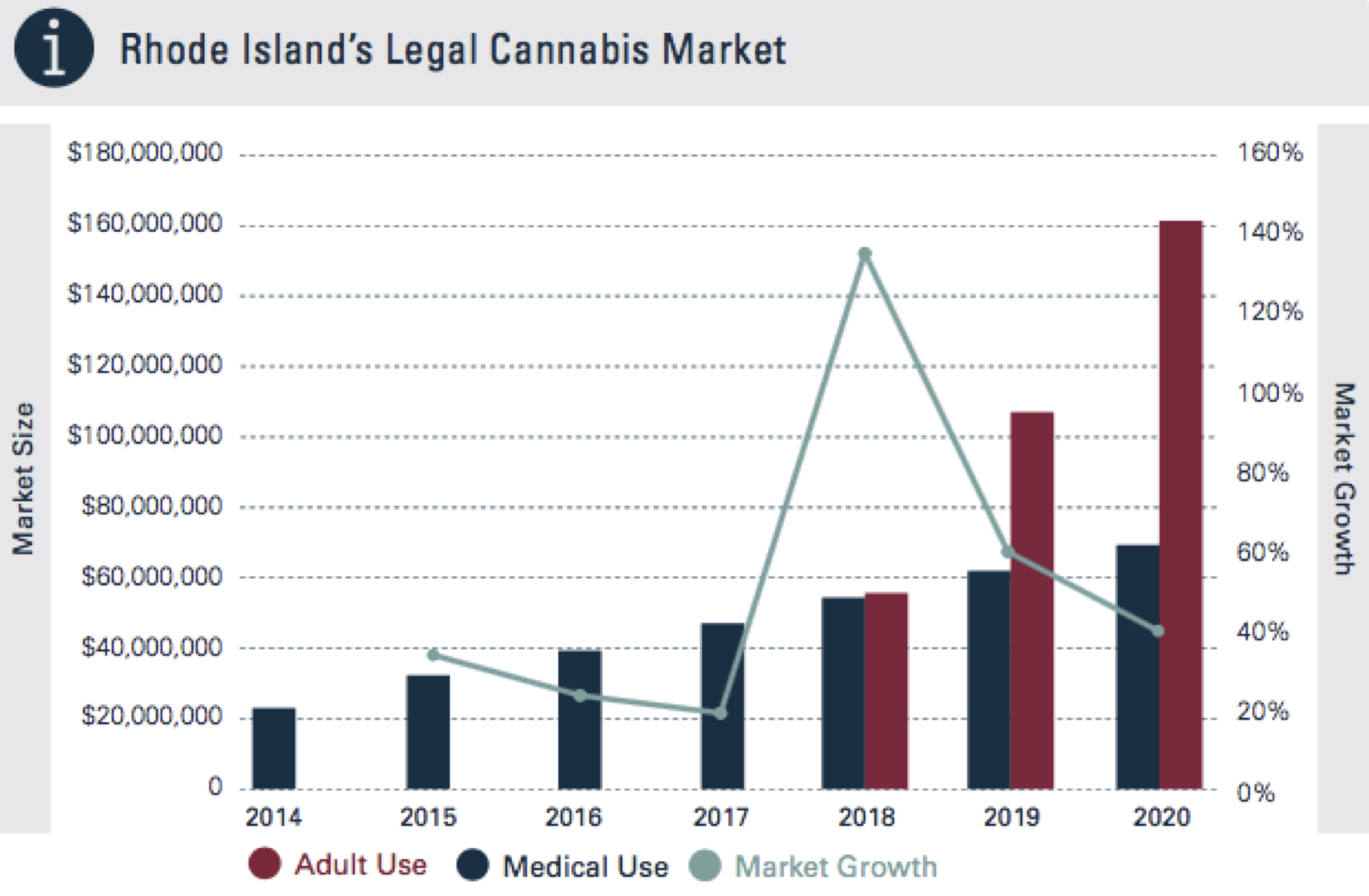 In 2016, Colorado collected roughly $200 million in revenue from marijuana taxes and fees. In the same year, Washington collected $250 million from taxes on legal marijuana sales. Marijuana economic analysts at The Arcview Group estimated that Rhode Island would have seen $161 million in sales for marijuana products by 2020 if a law had been approved in 2017. The Rhode Island Cannabis Regulation, Control, and Taxation Act would apply a 23% retail tax in addition to the normal 7% sales tax to marijuana products, which would generate over $48 million in tax revenue. A portion of the revenue would be given to local cities and towns as well as to programs to promote public health and safety.

Both Washington and Colorado have seen record-breaking levels of tourism since their states implemented laws to legalize and regulate marijuana. Additionally, legal marijuana has been a boon for the real estate industry. From 2011 to 2015, warehouse vacancy rates in Denver were cut by more than half — from 7.6%  to 3.1%.