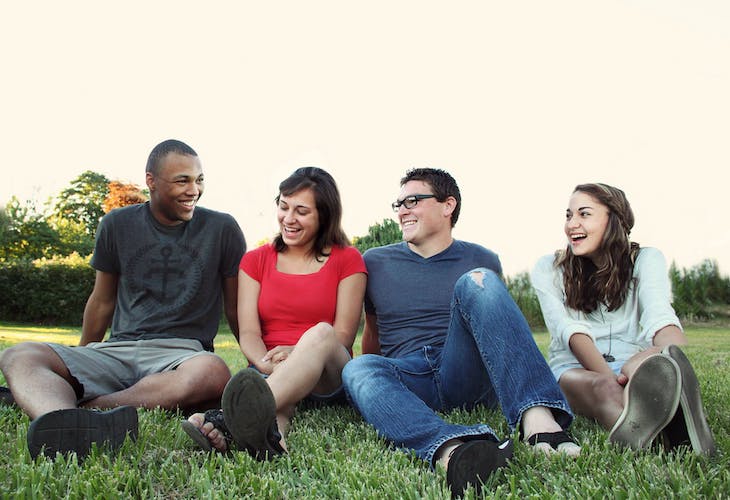 Forty percent of high schoolers report knowing a student who sells marijuana at school — while under 1% know a peer who sells alcohol, according to a 2012 survey by the National Center on Addiction and Substance Abuse at Columbia University. As long as marijuana remains illegal, there will always be teens who get involved in selling it and end up with felony convictions that ruin their ability to get an education, housing, or a good job. Other youth who sell marijuana will be exposed to violence. Thoughtful regulation moves sales aboveboard, so only adults sell marijuana to other adults in safe, regulated businesses.

Unlike illegal dealers, regulated marijuana businesses check IDs to make sure the buyer is of age. If they fail to do so, they can have their licenses suspended or revoked.

Teen marijuana use rates have not gone up following policy reforms.

In June 2016, a study in the Journal of the American Academy of Child & Adolescent Psychiatry found that the number of teens using marijuana — and the number with problematic use — is falling as more states legalize or decriminalize cannabis. Also, the most in-depth state surveys suggest modest decreases in rates of youth marijuana use in Colorado and Washington, the first two states to regulate marijuana like alcohol. See the detailed results of multiple youth surveys here.

Marijuana originating on the legal market is far safer than illicit marijuana.

Unfortunately, some young people will still be able to obtain marijuana even when it is regulated. The marijuana they obtain would be safer if it was produced by regulated businesses rather than by the underground market. Illicitly produced marijuana may be contaminated with dangerous pesticides or molds, or may even be laced with far more dangerous drugs. Regulated marijuana would be tested and labeled.

Washington and other states that have regulated marijuana for adult use have developed rules to prevent accidental ingestion of marijuana by young people, including childproof packaging and strict labeling requirements. Following the model in Washington, the Rhode Island Cannabis Regulation, Control, and Taxation Act would require regulators to approve edible products to ensure they aren’t designed in a way that’s likely to appeal to minors. For example, cannabis-infused gummy bears would not be allowed.

In 2016, taxing and regulating marijuana generated about $200 million in Colorado and $250 million in Washington. Much of the revenue has gone to public education campaigns about teen marijuana use, youth service programs, and school health professionals. Additionally, $40 million each year goes to school construction projects in Colorado. Under the Rhode Island Cannabis Regulation, Control, and Taxation Act, 35% of revenue remaining after costs of regulation are covered would go to the Dept. of Behavioral Health, Developmental Disabilities and Hospitals (BHDDH) for the purpose of funding substance abuse treatment, recovery programs, and prevention services, which will focus on teen health and wellness.